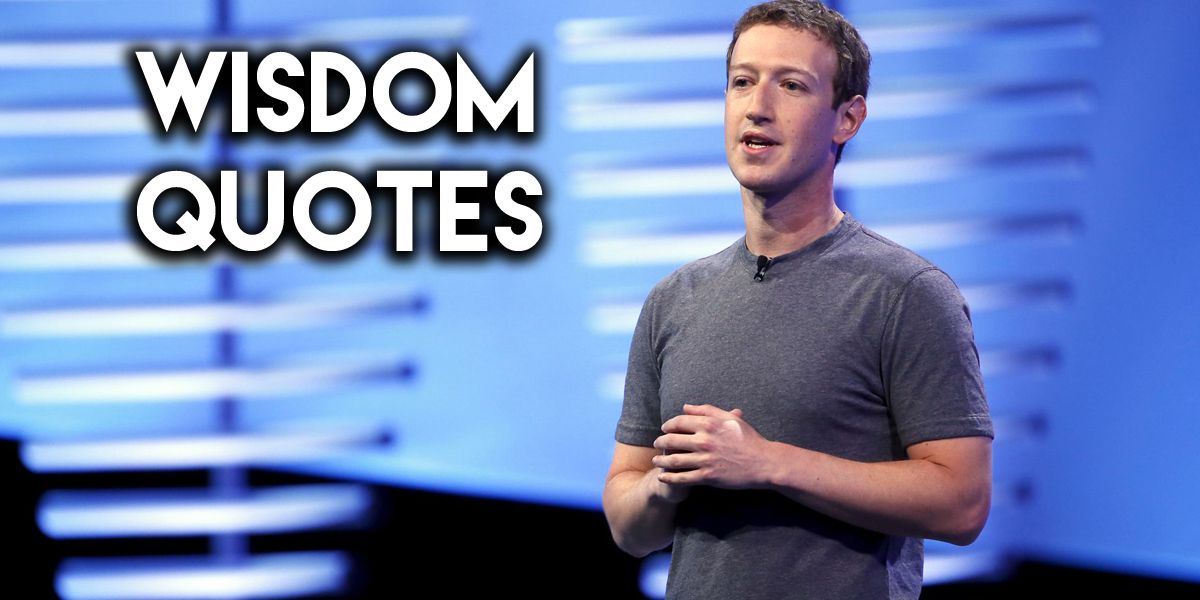 Mark Zuckerberg, the name behind the biggest social media network ‘Facebook’. He successfully launched it during his second year at Harvard, sitting in his dorm room. And By 2012, Facebook had one billion users. He didn’t get successful overnight, there were many sleepless nights involved, endlessly sitting in front of the computer coding.

He truly is an inspiration and has some great words of wisdom for those who want to succeed in their life.

Born Realist presents you 10 Inspirational Mark Zuckerberg quotes that will show you the mindset of a genius: 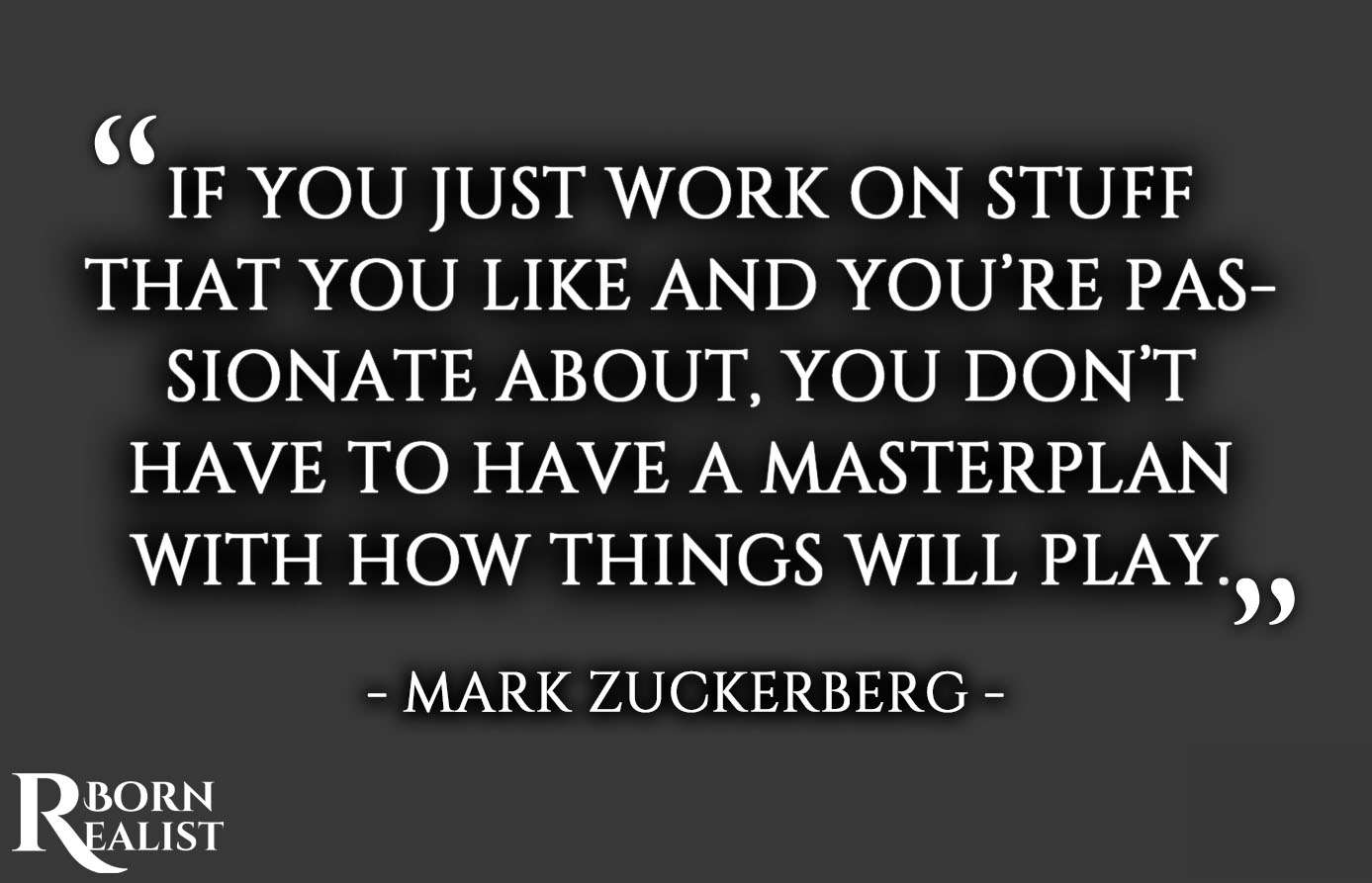 Context:If you want to be successful in life, the first thing is to be passionate towards it. With passion comes confidence and motivation to work hard. If you are passionate then you don’t need to have a master plan, just go out there and do whatever is necessary to succeed. If you want to achieve your goal fast, simply follow this principle.

Context: Here is a Mark Zuckerberg Quotes that tells you to set an Aim in your mind and work on it, Don’t look to the left, Don’t look to the right. Just look straight ahead, focus on your goal and work on it without getting distracted. Remember you need to aim for long-term success because doing things just for a time being or “just to hang on” wouldn’t help you much longer. 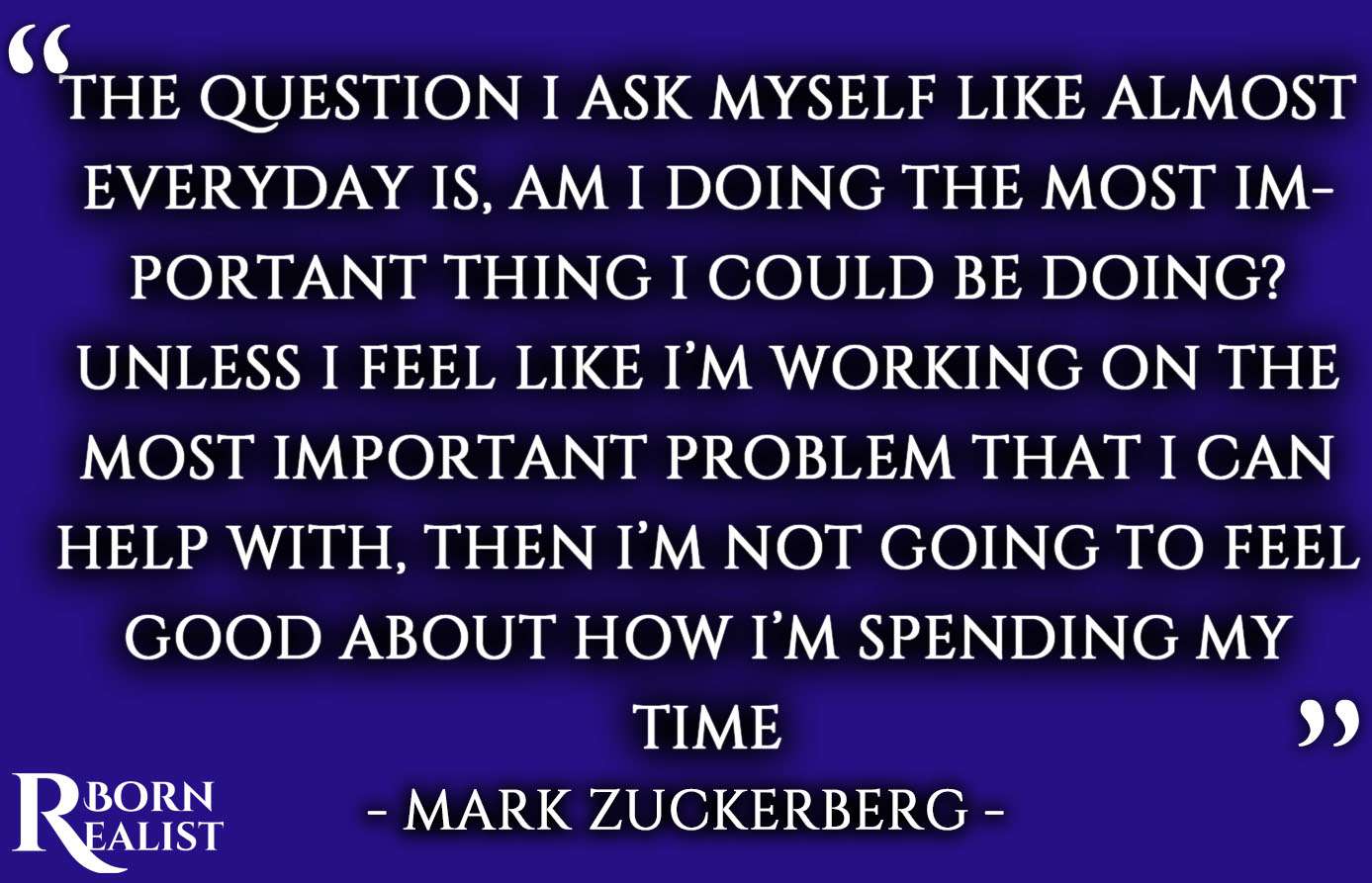 Context: This is one of my most favorite Mark Zuckerberg Quotes, it takes us into the mind of the genius, defining how he sets his priorities. Every day he Lay’s out all the problems in front of him and then sees which is the one problem that needs immediate attention. Then he works toward solving that problem first. 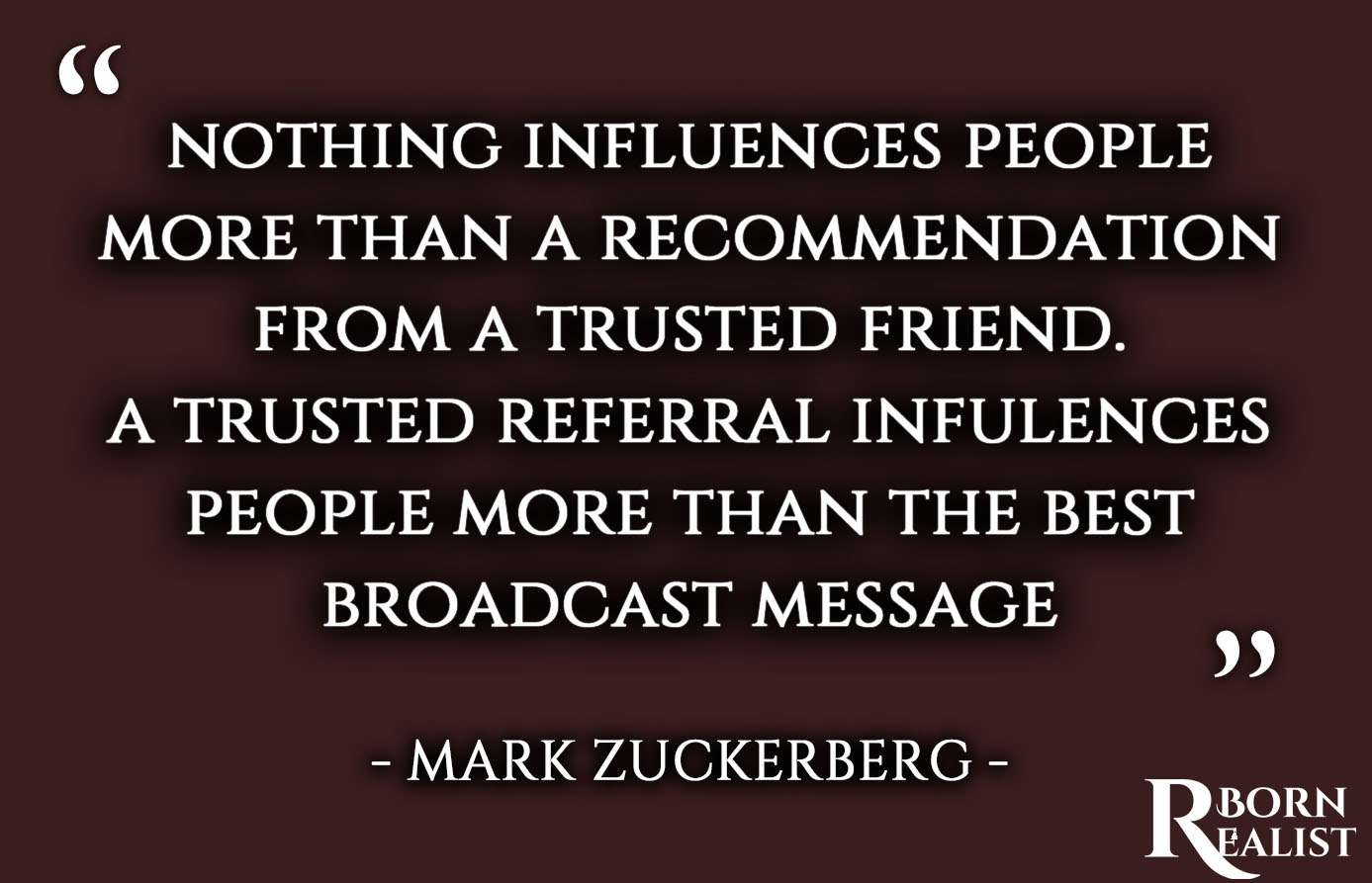 Context: Mark Zuckerberg quotes often highlight the importance of friendship. He tells that it is important to have friends with you on the way, the trusted ones. They will be your inspiration and motivation, they’ll push you hard towards your goal and help you along the way. This is also a very strong marketing tactic, highlighting the importance of “word of mouth”

How to Find Successful People 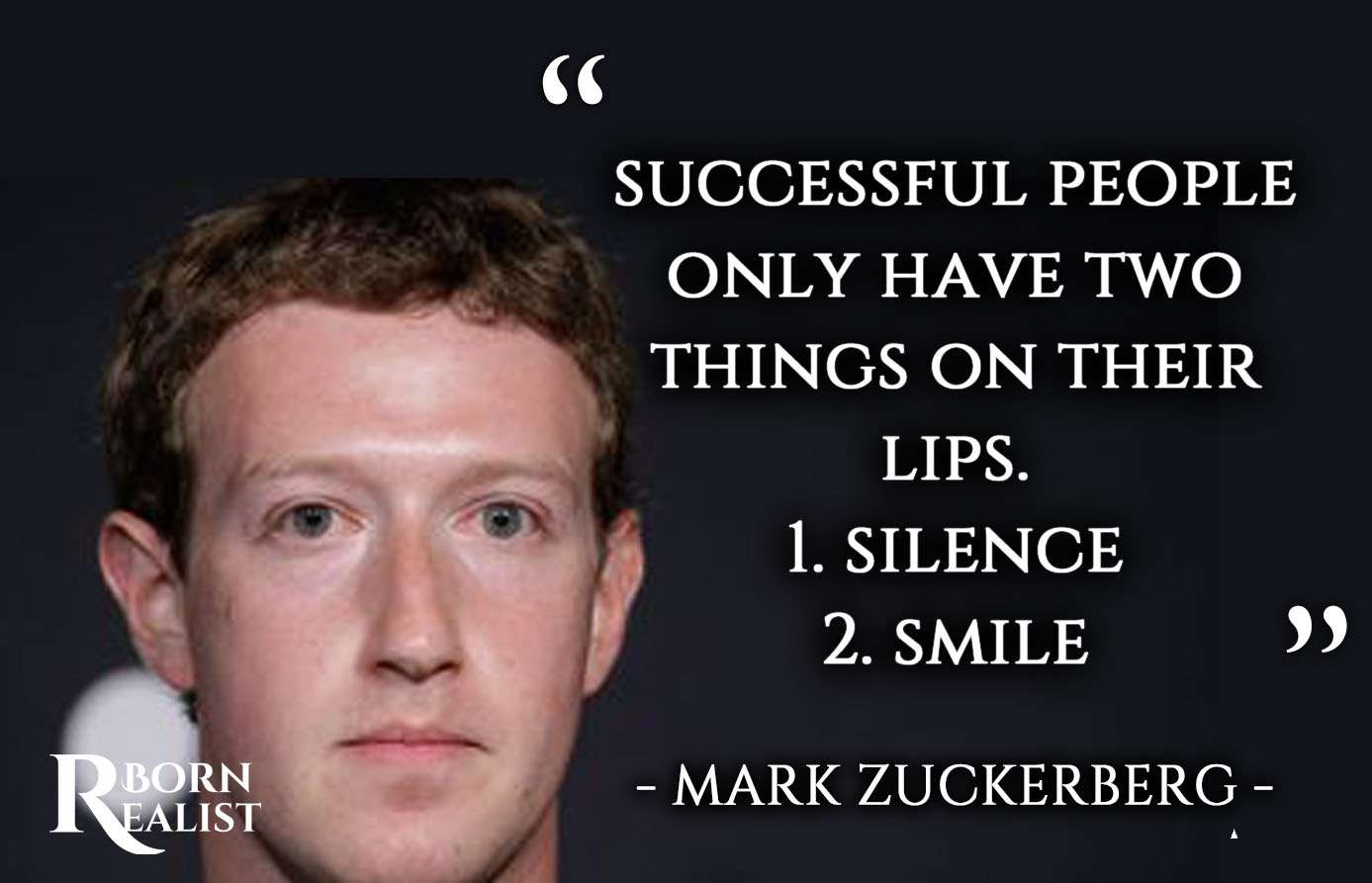 Context: This quote tells the two traits of successful people. Silence even when criticized, because they have already succeeded in their aim and with that come the haters, who’ll just criticize. A successful person doesn’t bother answering their words. The second thing is the smile of satisfaction which only comes when you have reached your goal. 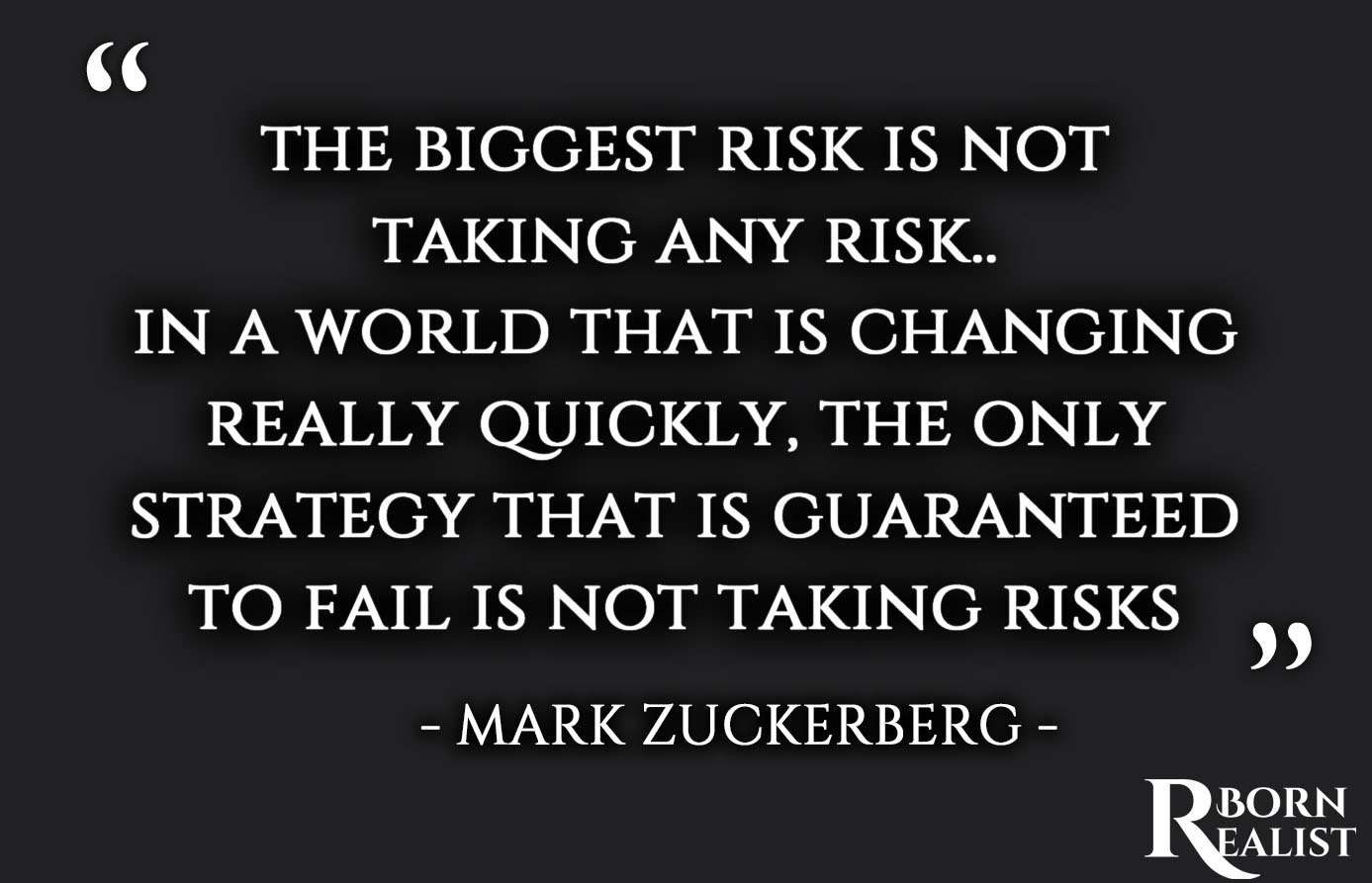 Context: So far Mark Zuckerberg quotes have been about planning. This one encourages you to take risks. You can either play safe by not taking any risks or you can run towards success by taking risks. Playing it safe would take you away from opportunities and you’ll live a dull life.

People don’t care about what you say, they care about what you build. –  Mark Zuckerberg
My goal was never to just create a company. A lot of people misinterpret that as if I don’t care about revenue or profit or any of those things. But what not being “just” a company means to me is building something that actually makes a really big change in the world. – Mark Zuckerberg Quotes On Education
Our philosophy is that we care about people first. Mark Zuckerberg Quotes
Founding a company is hard. Most of it isn’t smooth. You’ll have to make very hard decisions. You have to fire a few people. Therefore, if you don’t believe in your mission, giving up is easy. The majority of founders give up. But the best founders don’t give up. – Mark Zuckerberg
If you’re always under the pressure of real identity, I think that is somewhat of a burden. – Mark Zuckerberg

Don’t Say It, Just Do It. (Mark Zuckerberg Quotes) 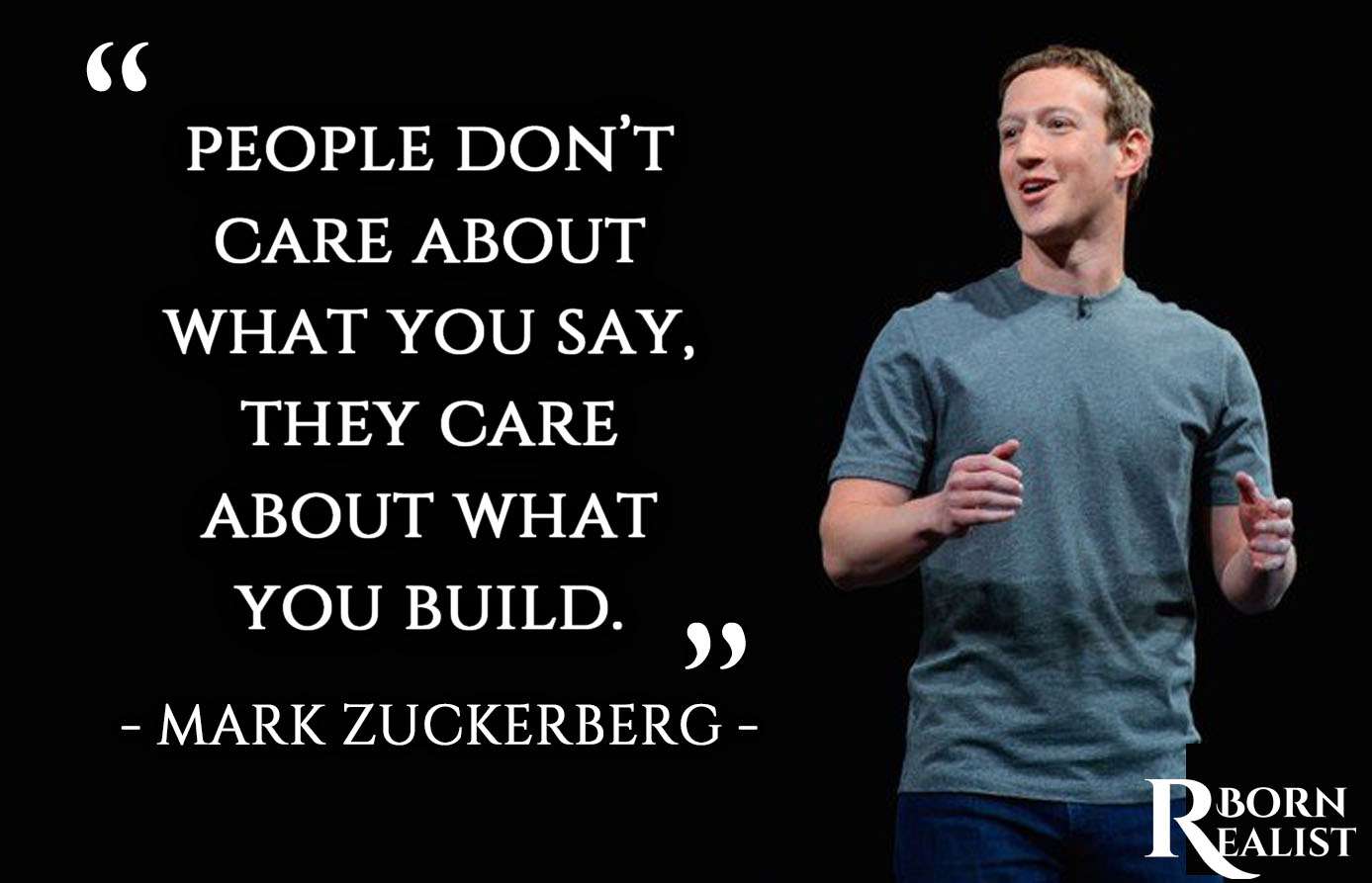 Context: According to Mark Zuckerberg, There are two types of people, The ones who just say that they’ll do this and they’ll do that, Second are those who don’t waste time in telling people of what they plan to do, instead they set an example of how it’s done by doing it. That’s clear wisdom from Mark Zuckerberg quotes right there!

I think a lot of the time there isn’t such a black-and-white difference between what’s a platform and what’s an app. It’s really just like the most important apps become platforms. -Mark Zuckerberg Quotes
I’m trying to make the world a more open place. – Mark Zuckerberg Quotes On Leadership
There are a huge need and a huge opportunity to get everyone in the world connected, to give everyone a voice and to help transform society for the future. The scale of the technology and infrastructure that must be built is unprecedented, and we believe this is the most important problem we can focus on.  Mark Zuckerberg
I think that more flow of information, the ability to stay connected to more people makes people more effective as people. And I mean, that’s true socially. It makes you have more fun, right. It feels better to be more connected to all these people. You have a richer life. – Mark Zuckerberg
In addition to building better products, a more open world will also encourage businesses to engage with their customers directly and authentically. More than four million businesses have Pages on Facebook that they use to have a dialogue with their customers. We expect this trend to grow as well. Mark Zuckerberg 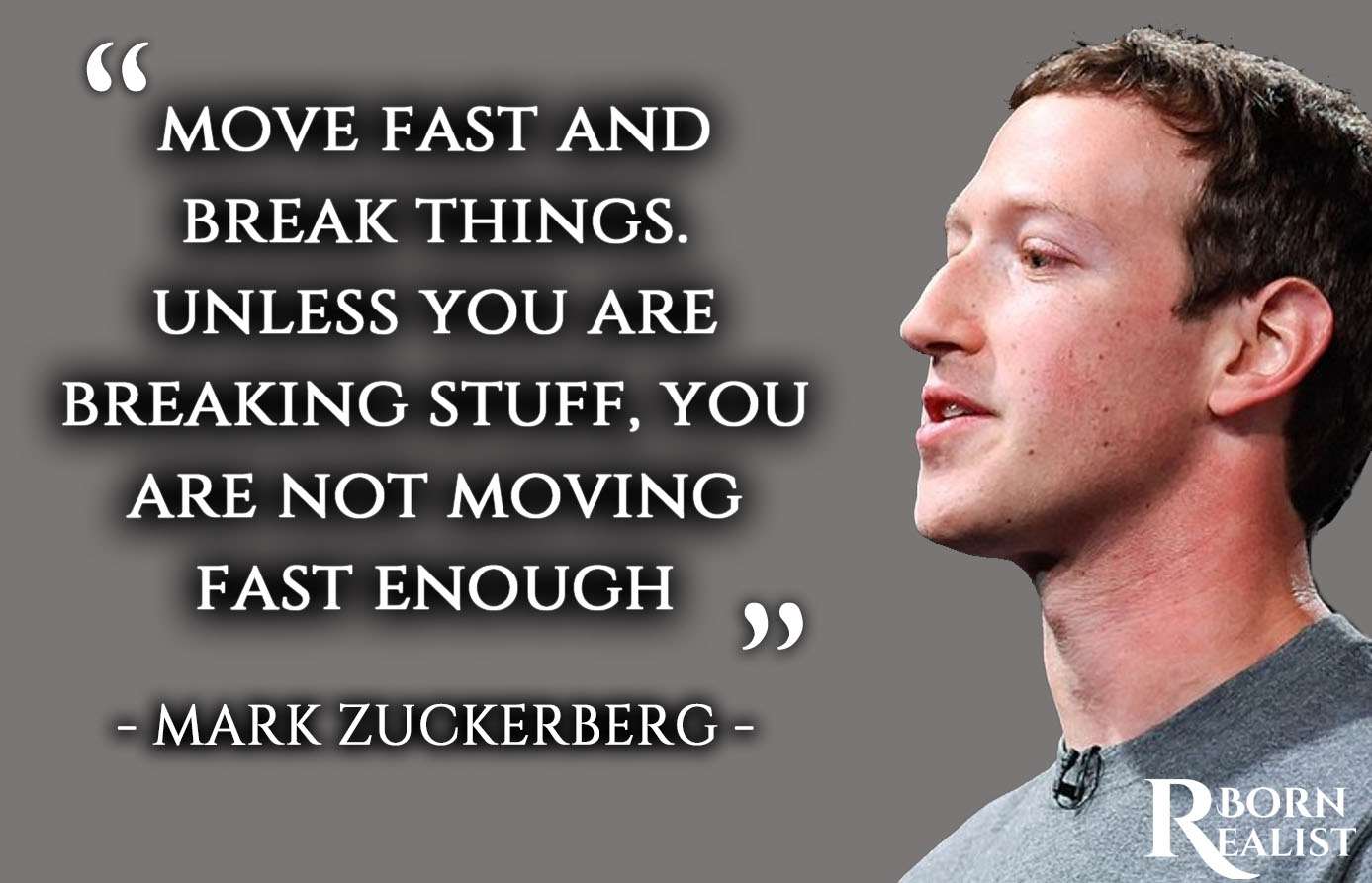 Context: By breaking stuff, this Mark Zuckerberg Quotes means making mistakes. As long as you are doing everything you can to achieve your goal, making mistakes on the way and learning from them, it means you are taking risks, which is the ultimate key to success. 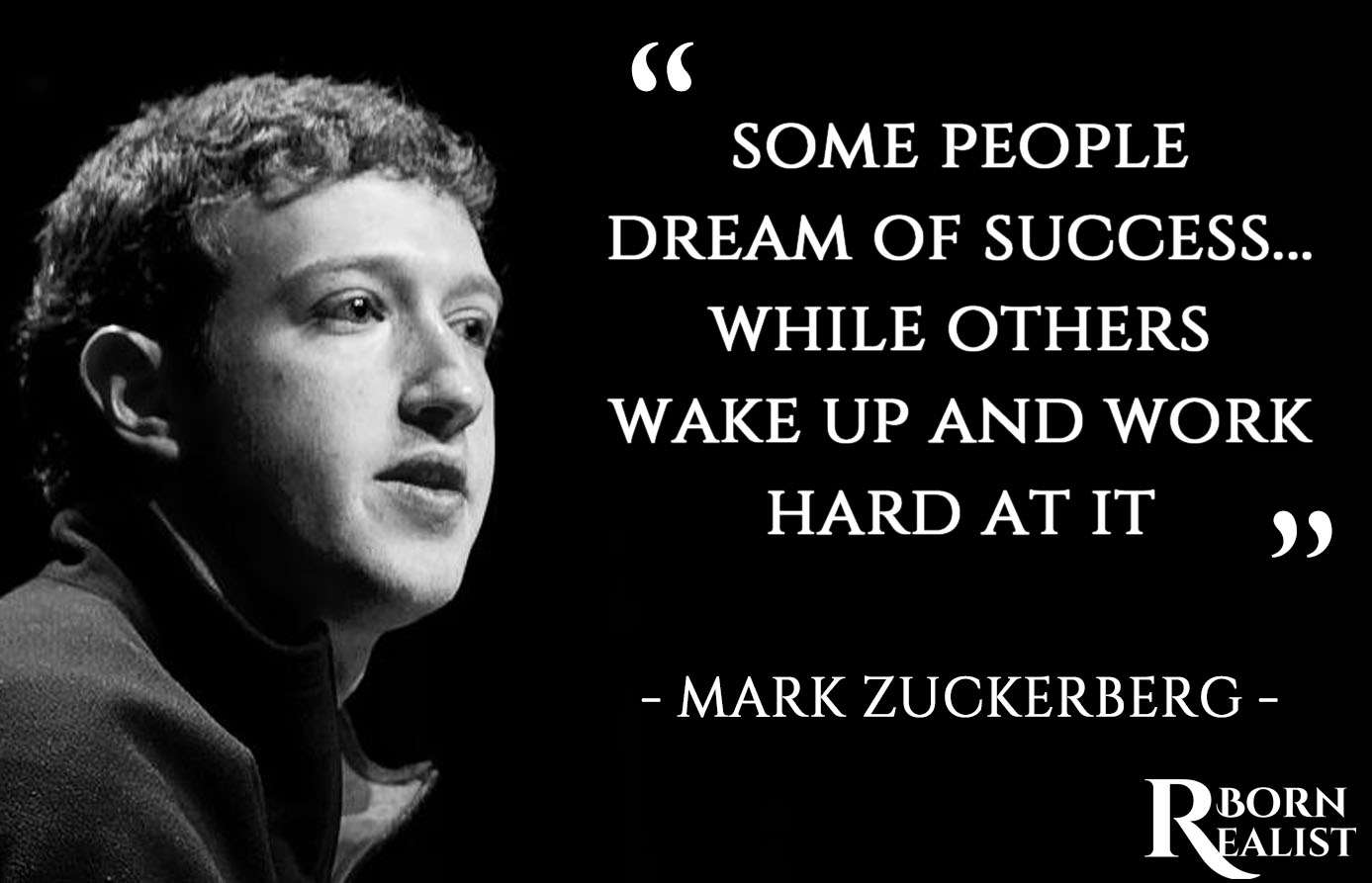 Context: Again here he talks about two types of people, The ones who dream, Others who just do. The dreamer keeps on dreaming and wasting time while the doer would not blink again until the goal is achieved.

Seeing the moments of joy and family shared on Facebook today is one of my favorite things about our community. I hope you’re surrounded by friends and loved ones, and that you have a chance to reflect on all the meaningful things in your life. May the light of your friendships continue to brighten your life and our entire world. – Mark Zuckerberg
I was raised Jewish and then I went through a period where I questioned things, but now I believe religion is very important. – Mark Zuckerberg Quotes
People who go to church are more likely to volunteer and give to charity — not just because they’re religious, but because they’re part of a community. -Mark Zuckerberg Quotes On Education
A church doesn’t just come together. It has a pastor who cares for the well-being of their congregation, makes sure they have food and shelter. -Mark Zuckerberg
About half my time is spent on business operation type stuff. – Mark Zuckerberg Quotes

4 Latest Tech Gadgets You Need for Your Workouts

Travel Tips in Middle East in 2020

Considering Going Back to School? 4 Tips to Prepare You for Success