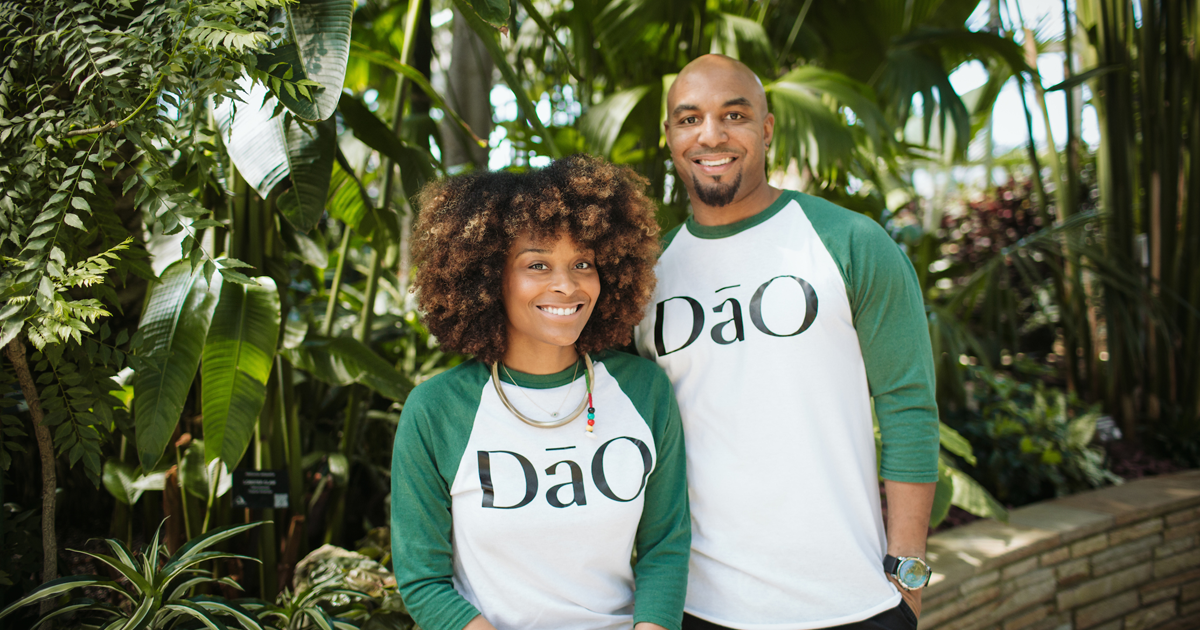 Willis Marshall and Erin Patten are the co-founders of DaO Detroit which is an environmentally friendly, all natural, plant-based hair care company that guarantees a transformational experience for all types of hair for people of all ages. DaO Detroit’s main focus is environmental sustainability, and both Willis and Erin hope to pave the way for other hair care companies to move towards safe practices, just like they have. Willis and Erin have different stories to tell, but they both have the Earth’s and your best interests at heart, and their genuinity is what makes DaO stand out from all the other brands! 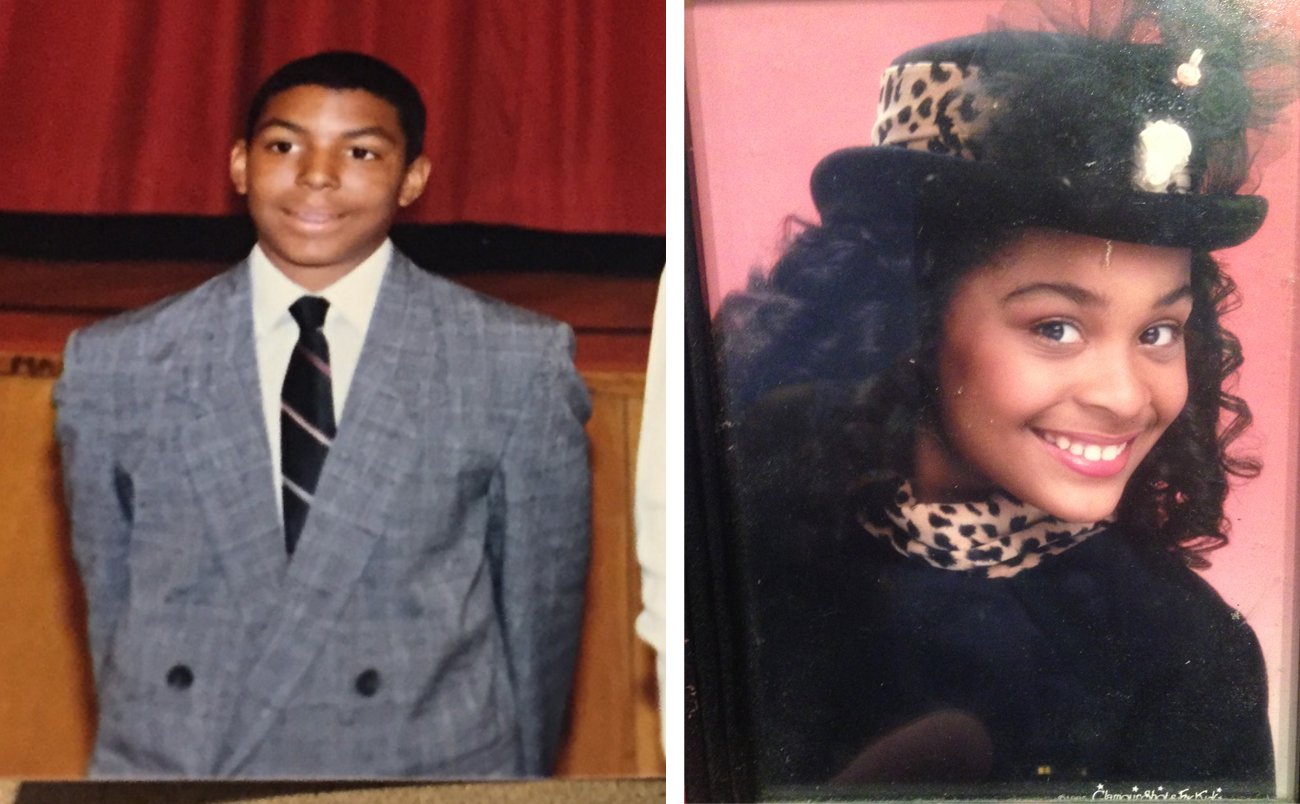 Where did they start out?

Erin was born and raised in Texas and then graduated from the University of Texas. She was always a Texas girl at heart and her childhood and teenage years had been filled with lots of BBQs and rodeos. After finishing college, she was eager to go out and see the world as much as she could. So, she traveled everywhere, going from Costa Rica to New York, Paris, Rio de Janeiro, and Boston before finding herself in Detroit 3 years ago. She has experimented with a lot of things as a professional before now finding her calling with DaO Detroit.

Willis, on the other hand, grew up in Detroit, where he spent most of childhood and later went on to win 3 NCAA DIV 1-AA National Championships for Youngstown State University. He graduated with a BA in Advertising and Public Relations and was offered a job by GlaxoSmithKline, but he declined to pursue a professional career in football. He played in the CFL for a few years before coming back to the USA to play in the Arena Football League, before deciding to retire and start personal training company called Mojo Fitness which focused on aquatic therapy for addicts. In 2017, he helped start-up DaO with Erin.

How did DaO come into being?

Willis and Erin first experimented with different plant-based constituents in their bathroom. When they saw the results, they knew they were on to something. So, they co-founded DaO, which actually means “defy all odds”.

What do they have to say about their success?

Willis believes that success is earned and so, he has always worked hard in the classroom and on the field (during his football playing days). He believes his strong work ethic has been the cause of all the positivity in his life and comments that all the championship wins he has been a part of have only come his way because of his hard work. He is very proud of Mojo Fitness and says that while he is happy about it becoming a center for physical fitness, he is especially proud of the aquatic classes Mojo Fitness has been holding for recovering addicts and believes that it has changed the landscape of recovery options.

Erin has always been a very disciplined and hard-working person. She has always worked to be great at what she’s put her mind to. She was accepted into every college she applied to but chose UT because she was awarded a prestigious scholarship that allowed her to major in two honorary degree programs free of cost. On the other hand, her professional life has not been easy but she has, at the same time, worked in places like InStyle Magazine, Bergdorf Goodman, and Lord & Taylor, as a fashion stylist. Later, she decided to pursue two master’s degrees from Harvard and is extremely proud of the work she has done. 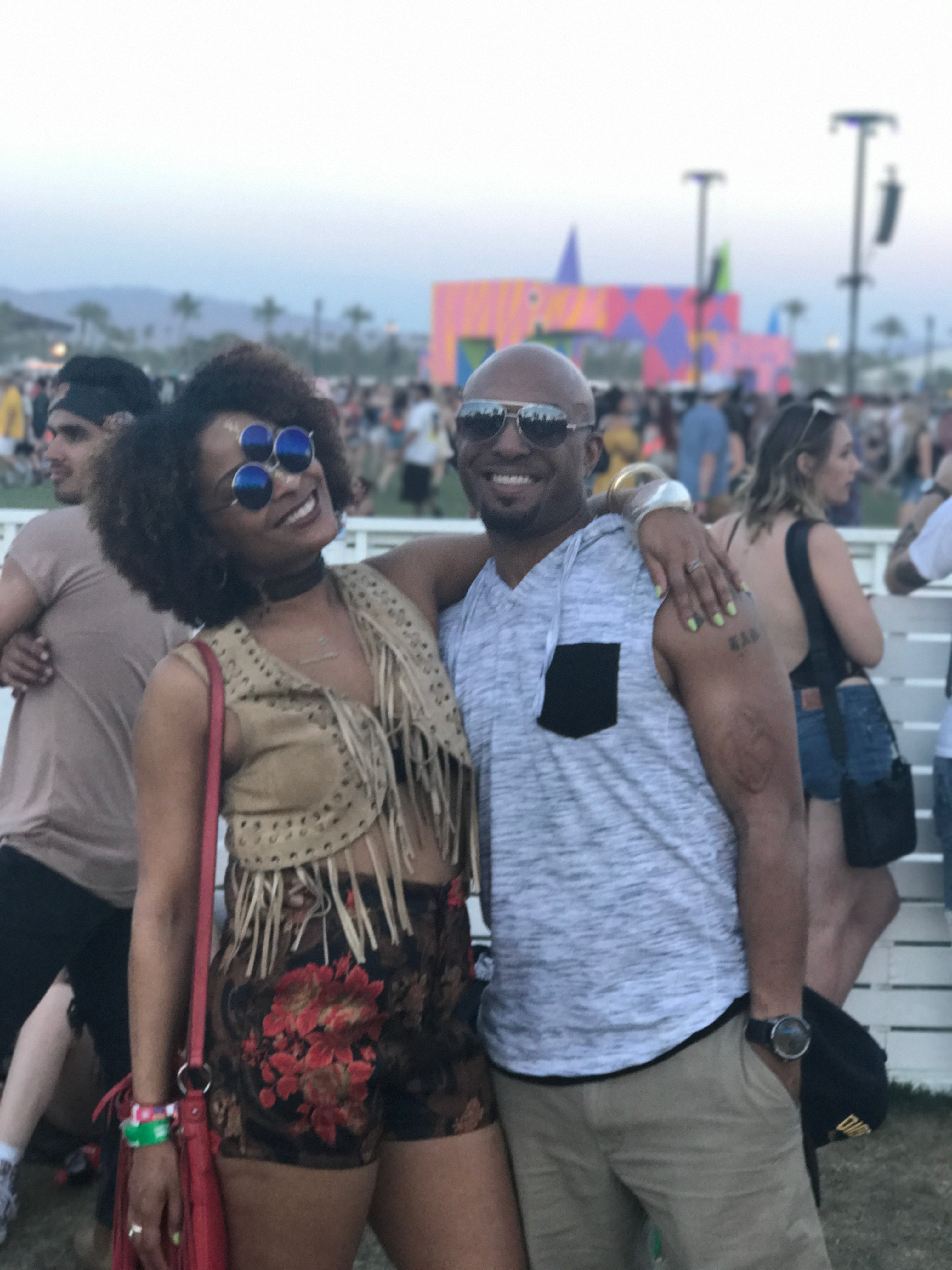 DaO is working to remove false divisions in the hair care industry. A single product from DaO is going to work just as well on a man’s hair or a woman’s or a child’s. DaO’s ingredients are completely plant-based and they focus on manageability, scalp and hair care. The best part is that using a single product isn’t just unique socially, it also saves a tidy sum at the year’s end. It is also extremely rare to find companies that focus on such a wide range of audiences. Along with all its benefits, DaO also uses a portion of the proceeds from each of its sales to support its #DefyAllOdds Own Your Identity initiative which encourages people to embrace the things that make them unique.

What tragedies have they been through?

Erin comments that her father passed away and of course that left her devastated because he had been her rock and was the glue holding the community she had grown up in together. This incident was soon followed up with the devastating murder of one of her closest friends who had been staying in Jamaica, and all of this was happening weeks before DaO’s first product was scheduled to ship. Yet, despite it all, she endured and credits her recovery to healthy eating and staying positive.

Willis comments that there have been several hurdles in his life but he has been lucky enough to have never faced a truly devastating tragedy. He says that he is imperfectly perfect and that each bump in the road is a learning experience for him.

What are they looking forward to in the future?

Willis hopes to make DaO’s healthy initiative global and wants to see DaO as a global household product very soon. The DaO team has even had several conversations with high-end hotels in New York, Miami, and Detroit and are working to get their products placed in their rooms. He hopes that the brand awareness will be good for the company. He also says that physical wellness is important to DaO and that the company believes in the concept of Mind, Body, and Hair and believes that what a person eats and how they spend their day has a direct impact on hair. Finally, Willis hopes to build several DaO beauty and wellness centers across the globe to have a positive health impact on lives.

Erin says that her dreams for the future are her lifelong dreams… She wants DaO to become the multi-billion dollar company it is destined to be. She has also been learning to sing, dance, emcee and DJ and hopes to combine her self-expression in music, dance, and design into something meaningful which she can share with the world. She also wants to learn Portuguese and speak it fluently and wants to move to Brazil one day. 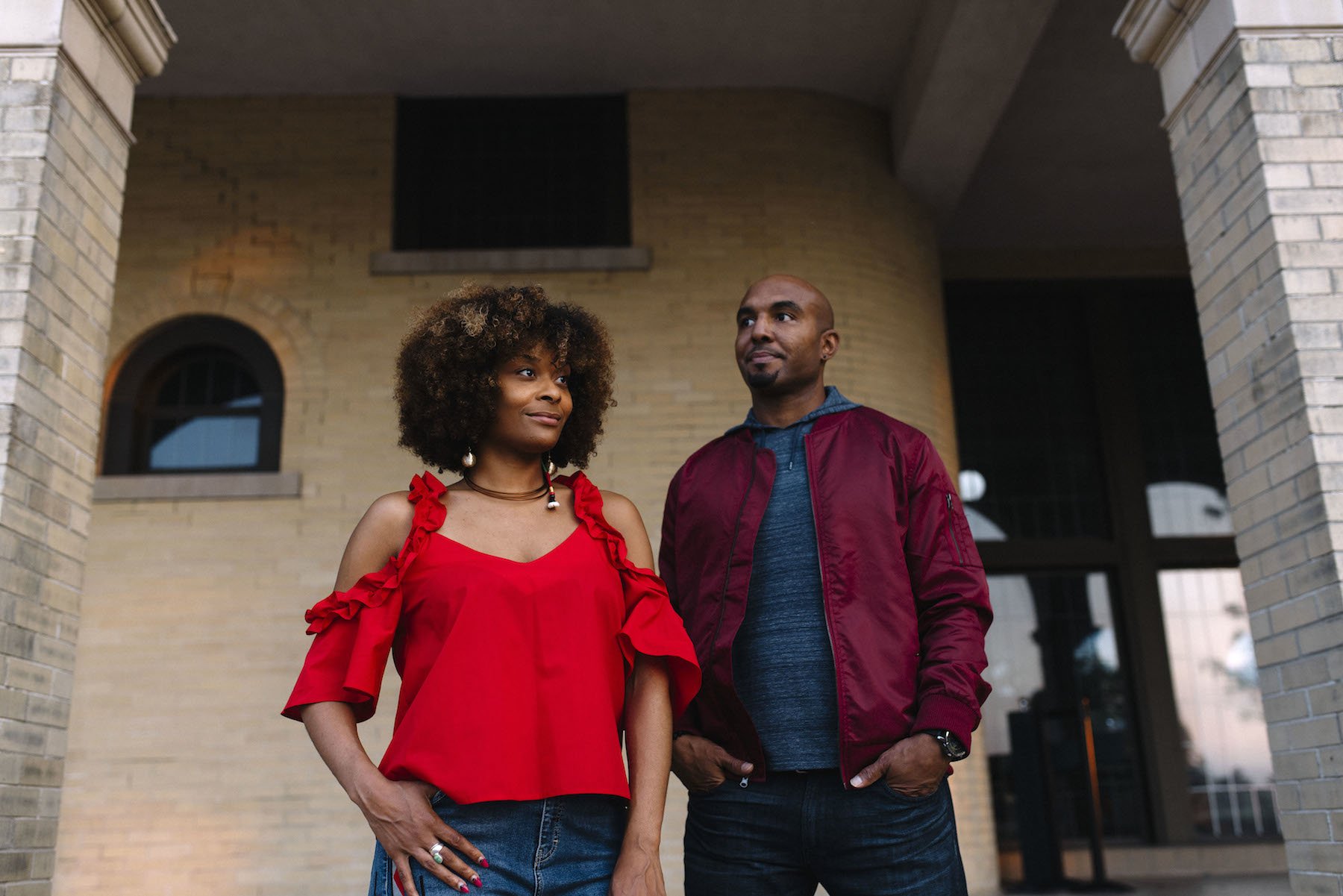 Erin comments that one of the major themes and messages that DaO represents is Taoism. She quotes Lao Tzu by saying, “Because she competes with no one, no one can compete with her.”

Willis says that he lives by these words of wisdom, “Whether you think you can, or whether you think you can’t, YOU ARE RIGHT!” He says that he learned at an early age that his thoughts can either be his greatest allies or his greatest adversary. He believes that it is important to have faith in oneself and that this faith is just another word for “mental toughness”. He also says that a person’s mental toughness is sharpened as he or she goes through life’s obstacles. 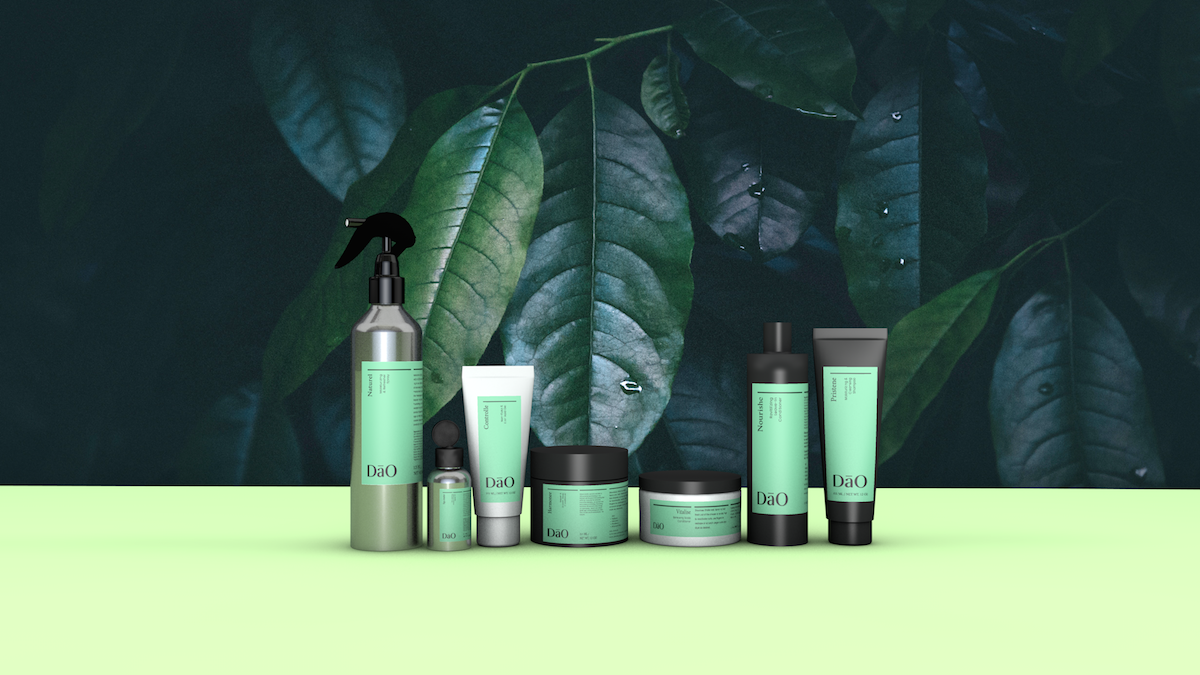 How are they making the world a better place?

Erin says she has learned over the years that each individual has been sent into this world unique and has something unique to share with the world. She says the best thing to be is your own authentic self. She believes that the more a person loves themselves, the more they can love others and she is trying to let this message flow out into the world with DaO’s message and their products.

Willis comments that a portion of their revenue will always go back to the community in the form of their #DefyAllOdds initiative and will be used to fund education endowments, outreach programs, and more. What’s more to it that the money that people will save using their unified hair products will not just benefit the household economically, it will bring forth a unification of different ethnicities by giving all hair the same care products.