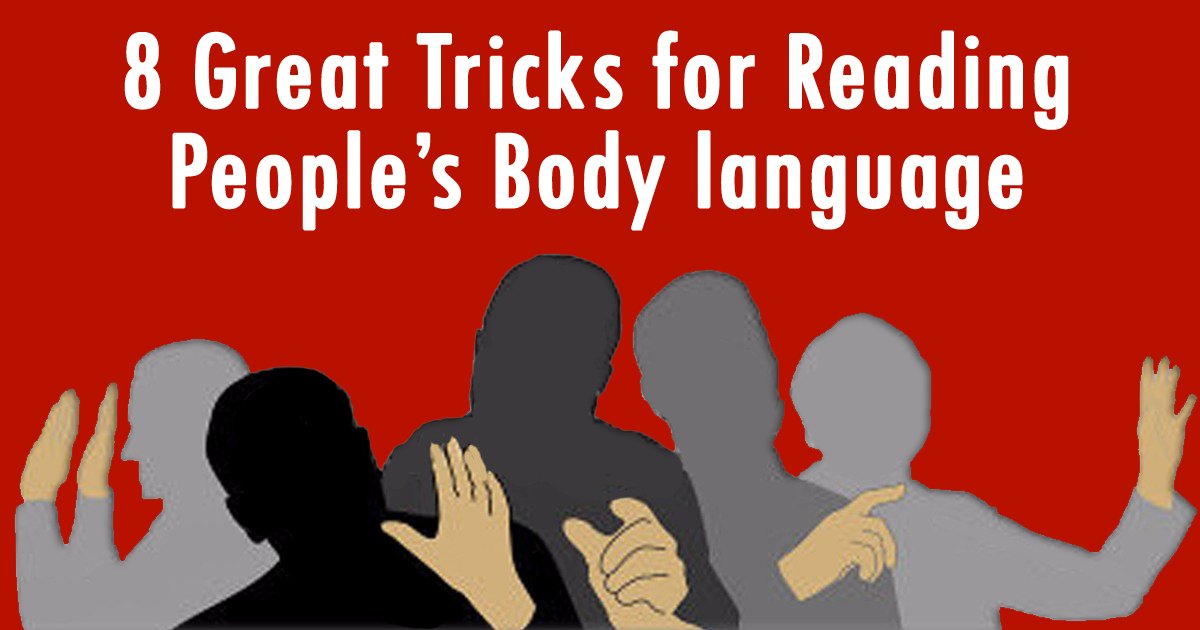 People are hard to communicate with. Some are generally cranky others are rude. Some just simply don’t want to interact. This is where body language steps in. Body language provides great insight about what a person is thinking or planning to do next. And let’s admit it, we all secretly want to read other people’s minds, don’t you? Without knowing, we are already picking on other’s body language and interpreting our own meaning to it. According to a research by the University of California 7% of communication comprises of words, whereas, 38% of the voice and 55% from body language. If you are able to interpret that 55% then you are way ahead of the normal people.

In this article, we will teach you 8 great tricks for reading other people’s body language and knowing what it exactly means. These tricks will not only help you in interpreting someone’s next move but also in becoming a more compassionate person if used the correct way.

8. Crossed Arms And Legs Are A Sign Of Resistance: 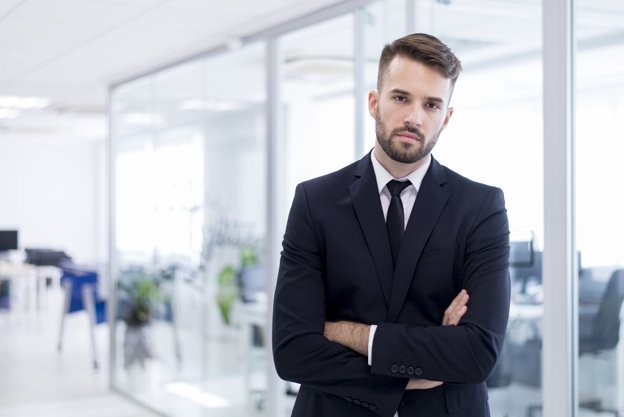 When people cross their arms and legs it is usually because they are feeling defensive. It is a way of telling people that you are not ready for a conversation or to open up to them. Even if a person is smiling and showing interest in your conversation their body language might be telling a different story. Researchers Gerard I. Nierenberg and Henry H. Calero conducted an experiment studying 2000 individuals and none of the people who had their arms and legs crossed agreed to the negotiations. Crossing one’s arms and legs is not intended that is why a lot of people end up crossing their arms and legs in a conversation. This is a signal that represents the person is emotionaly, physically and mentally blocked off.

7. Crinkle Eyes When The Smile is Real: 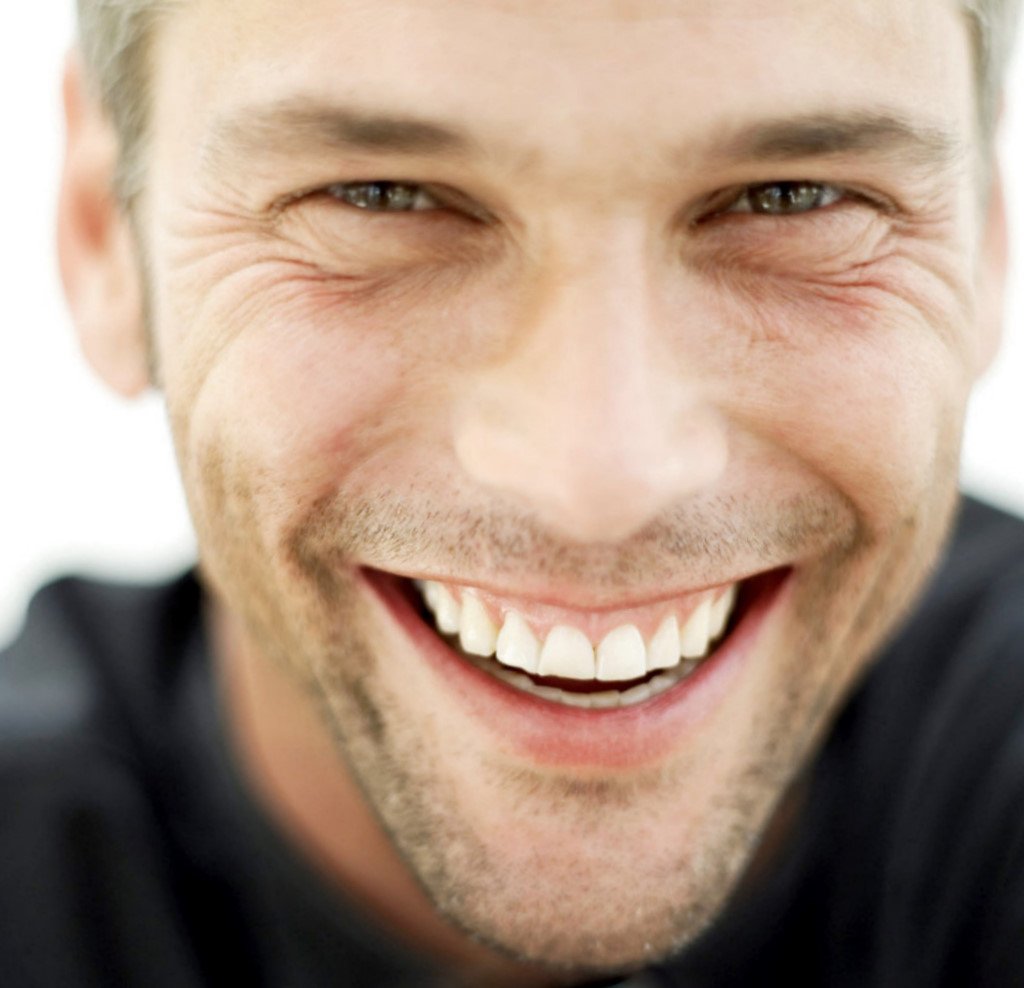 Most people easily get away with fake compliments and fake smiles. But remember words can lie but your eyes can’t. When the person is genuinely smiling, they don’t just smile with their mouths, they smile with their eyes too. Real smiles crinkle the skin next to your eyes creating crow’s feet around them. People usually, find it easier to smile when they want to hide their feelings or emotions. So the next time if you want to detect their if smile is genuine, simply look at their eyes and you will know it. 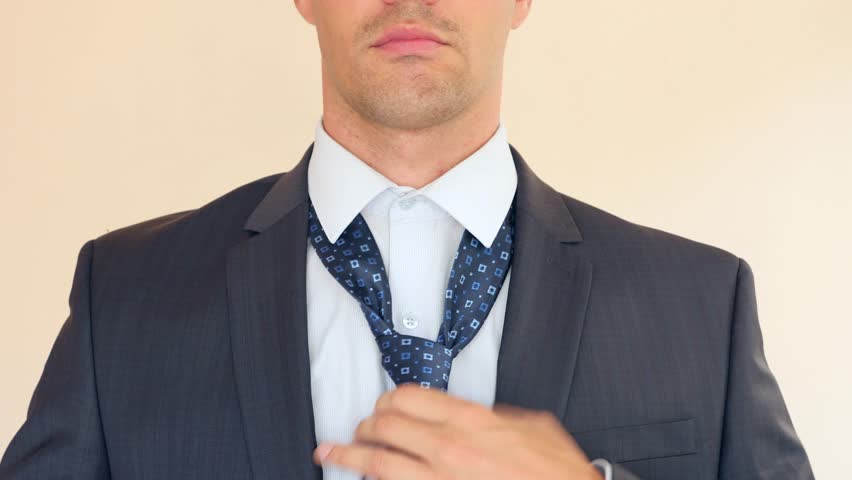 Ever wondered why the person sitting next to you crossing their leg when you cross yours or tilting their head when you do yours? Chances are they are inspired by you and are really hanging on to every word you say. Copying someone’s body language is something that people do unintentionally. It is a sign that the person feels connected to you and is in tune with the conversation. Usually, it is a good sign because it tells you that the person is receiving your message well and might agree to your negotiations. 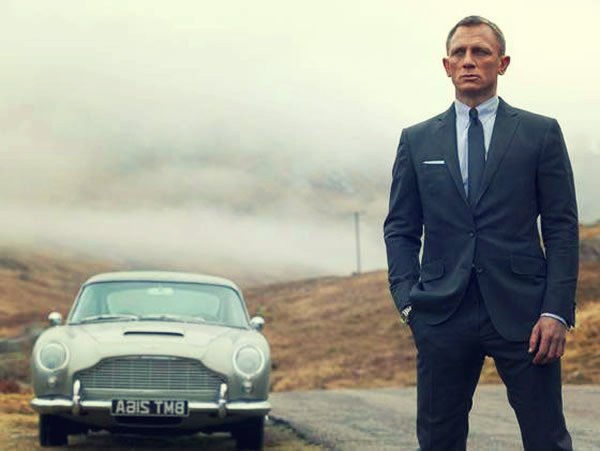 Have you ever felt controlled by a person’s presence without them even saying a single word? The reason is the body language. Such a person has an erect posture with broad shoulders, head up high and open gestures. Your body is wired to your brain. The more powerful you feel, your body reacts in the same way and occupies the same space. A slouching body is a sign of collapsing when you feel powerless. It does not matter if you are a leader or not, a strong posture compliments a strong personality and automatically demands respect. 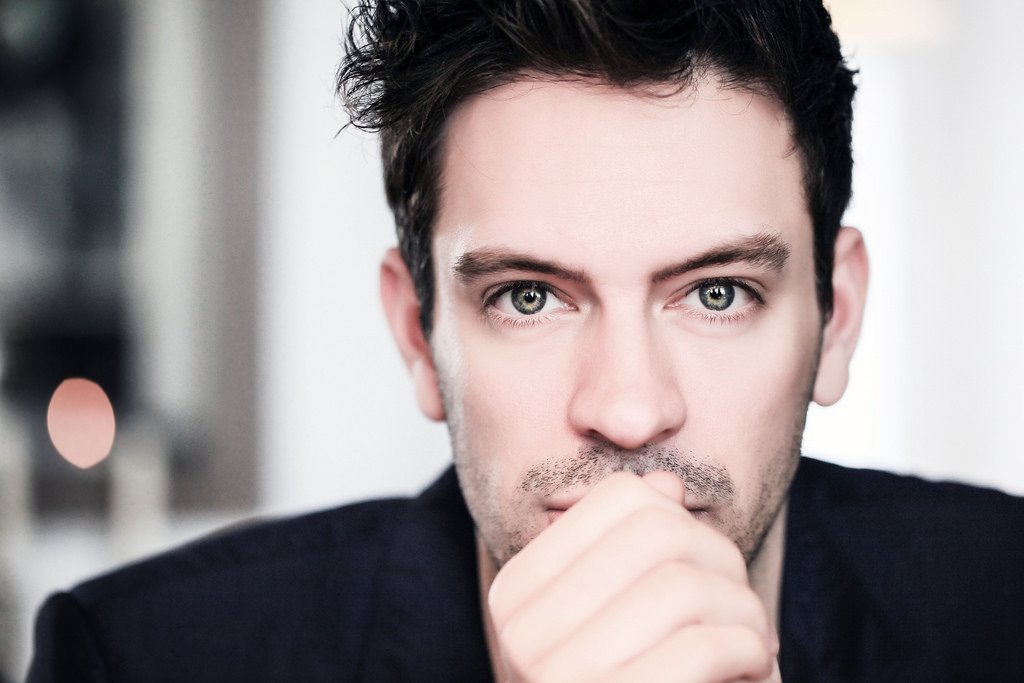 Most of us are quite familiar with the phrase, “Look in my eyes when you are talking to me.” It is said so because people assume when a person is lying they avoid eye contact. That is true in a sense, however, a person who is lying to you might intentionally look you in the eye to avoid any doubt. An easy way of detecting such people is that their eye contact will make you uncomfortable. If a person is continuously starring at you without even blinking, chances are that they are lying to you. In the need of becoming a better person you might ignore such a sign, but in all reality, it’s best to stop the person and point out their fault.

If not corrected, such people ten to take advantage of your innocence. At times it is important to give them a taste of their own medicine. 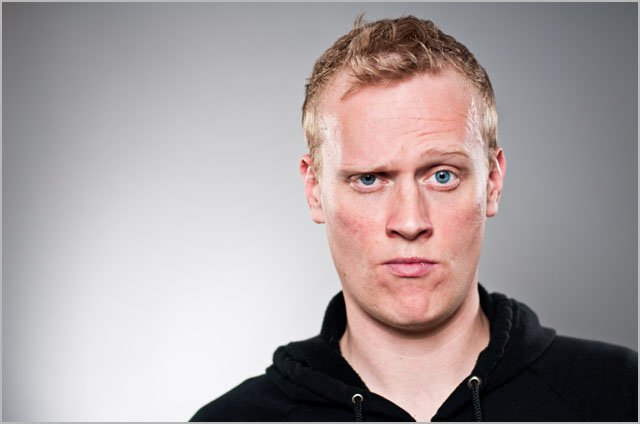 Eyebrows are considered the most crucial part of your face. With the help of a person’s eyebrows you can easily tell the emotion they are experiencing. The three main emotions that can easily be interpreted by someone’s eyebrows are fear, worry, and shock. Raising your eyebrows during a calm and relaxed conversation is hard. If you spot someone raising their eyebrows during a normal conversation without the element of surprise or shock, you will immediately get to know that the person is lying.

Also raising no eyebrows during a conversation signals that the person is either bored or distracted. It’s important to add short constructive questions to identify whether the person is still listening or lost. Words like; You know?, You get it?. what do you think of it? helps in gaining their attention and also making the discussion more interactive. 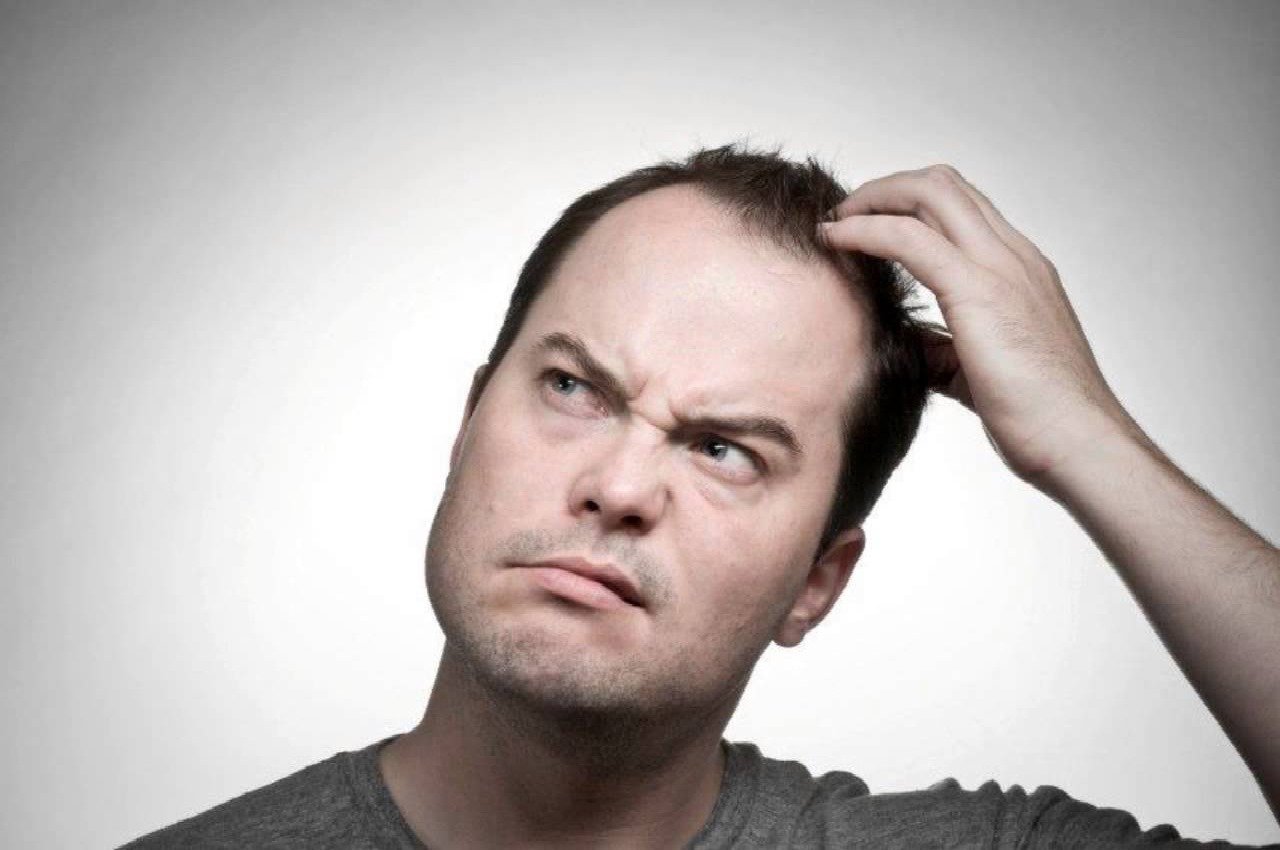 Nodding during a conversation is good but excessive nodding is not. If you find someone nodding excessively during a conversation then that person is worried about your impression of them and their ability to follow the instructions. Most people who are confused or either not getting the hang of the conversation also nods their heads excessively to impart a positive impression. You can politely ask them to repeat what you just said or if you could repeat for them. Knowing when to nod during a meeting or lecture can create a positive impression and it also helps the speaker to feel comfortable in your presence. 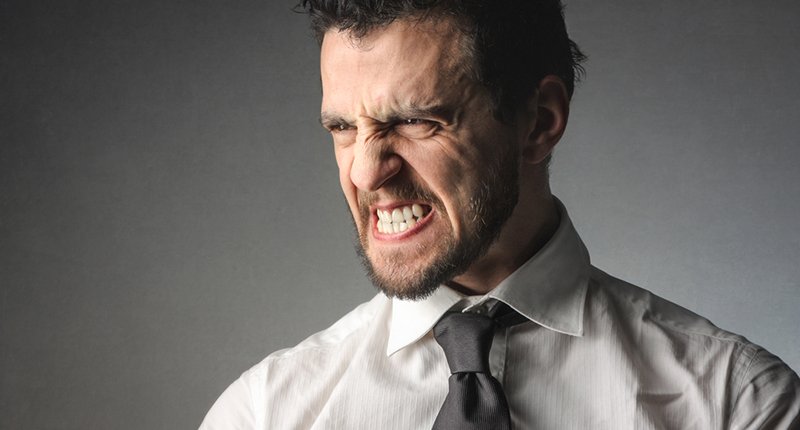 Furrowed brows, enlarged eyes, tilted neck and a clenched jaw are signs the person is in stress. Irrespective of what a person is trying to say if their body language represents any of these signs then that person is in discomfort or any type of stress. The key to accurately interpret the meaning of someone’s body language is to carefully observe without them noticing and it being so apparent. Reading people’s body language will help you understand them in a more compassionate way.

Usually, people are not good communicators or find hard to convey their words. If you excel in reading body language, it will greatly help you to learn to converse with people in a humane and professional manner. Reading people’s body language will not only help you in your daily life but it will also help you in making important decisions in your professional career. Knowing when your boss is in a good mood and ask for a promotion to knowing when he’s fuming red with anger and it’s best to stay 10 miles away.

Let us know if these tricks helpe you in any way in your daily to professional lives.

Liked This? Here’s More For You To Read: 15 Disney Stars Who Did Not Grow Uo So Adorably