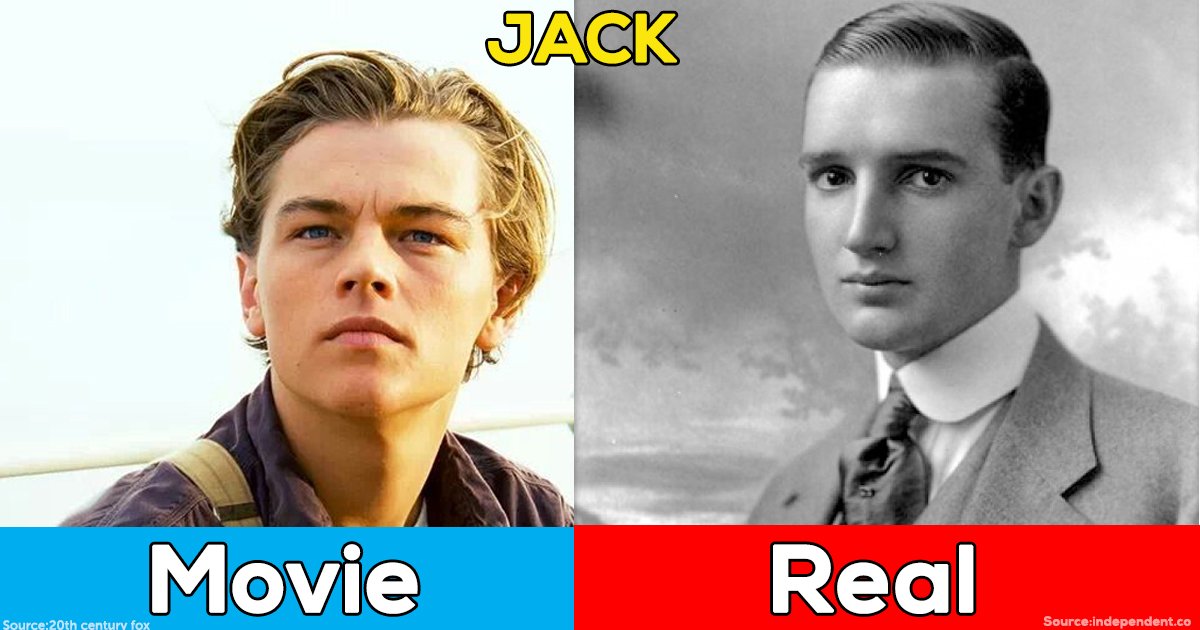 We feel really excited when we know all about our favorite movies, and most of us know a good bit about them usually! But we at Born Realist have combined a list of incredible facts we’re sure you’ve never heard off. Let us know in the comments, if you knew about these anomalies before!

14. No Country For Old Man/Married With Children: 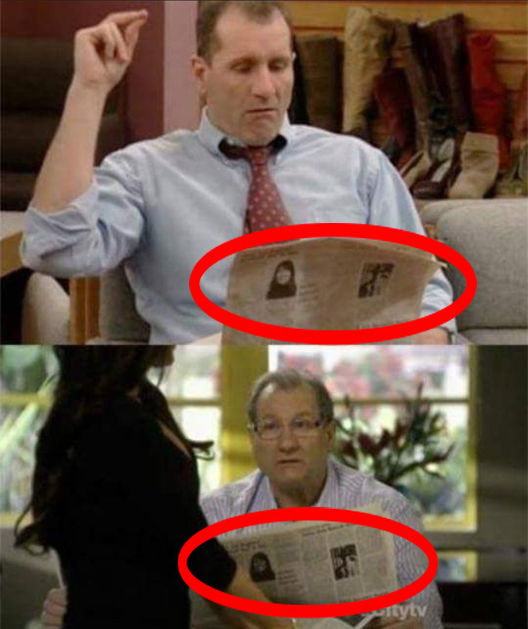 This same newspaper has been recycled in plenty of shows and we’ve never noticed it! In-fact Ed’o Neil has used it in two shows 14 years apart! This is because of a factor called selective attention, basically we’re so focused on the scene unfolding in-front of us that we fail to notice something odd unfolding in front of us. Next time a newspaper comes up in a movie tell us if it’s the same one! 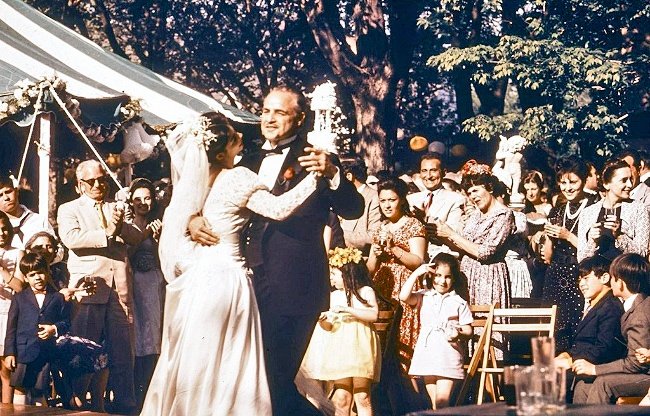 Many of the people that took part in the wedding scene of the godfather were actually real gangsters! They wanted to bless the movie as it was giving the first insight into what the gangster life was actually about and so was accepted by the community at large. 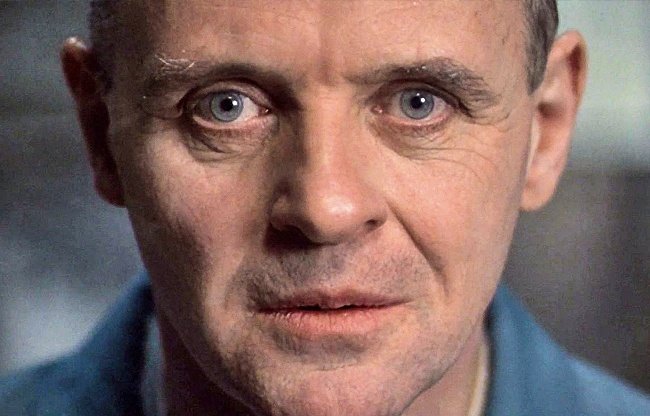 Anthony Hopkins, won an Oscar for his performance in the Silence of Lambs, and spent simply sixteen minutes in set, and yes despite the claim he did blink during his performance,(which was totally legendary by the way.) 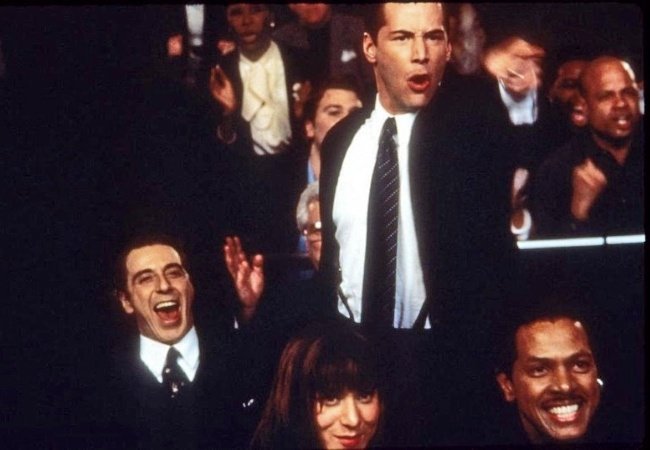 The boxing match that Al Pacino and Keanu Reeves watch during this movie was actually real. It was a championship match between Roy Jones and Bryant Brannon in New York on October 4th, 1996. 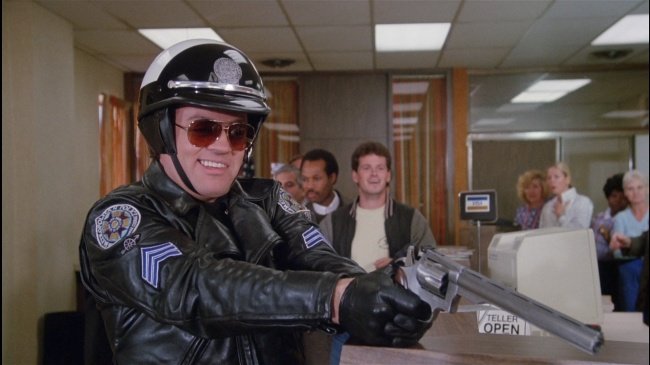 Once the Police Academy was released, law-enforcement agencies world wide started naming their employees “Tackle-Berry”. They liked taking part in gunfire fights or would use their side arms at the first chance they got. 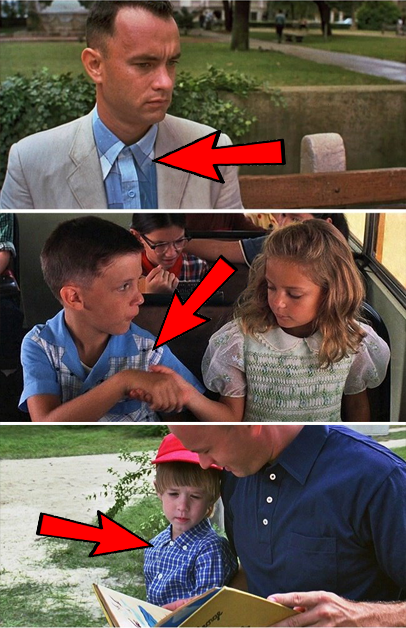 We all know the famous movie Forrest Gump starts with our childhood hero and advances into his life and then finally ends with his sons. What we usually never end up noticing is that the same shirt pattern is almost used in every significant scene and in the end his son is wearing the same print, signifies the start of something old and new! 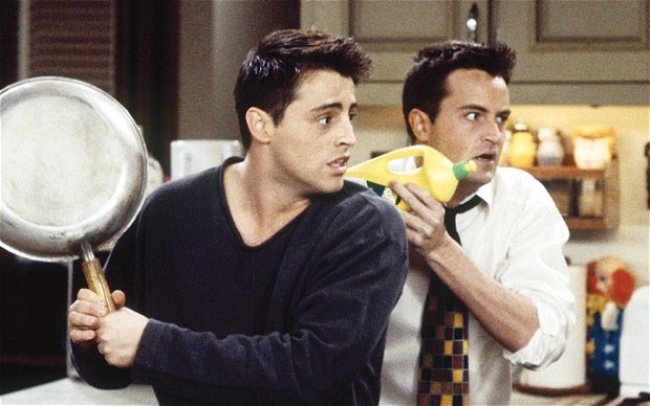 If you’ve watched friends you know Joey owes Chandler a whole lot of money, but how much money exactly is the real question. A fan calculated that Joey over the ten seasons has amassed to a total of  $119,760 in debt to Chandler. 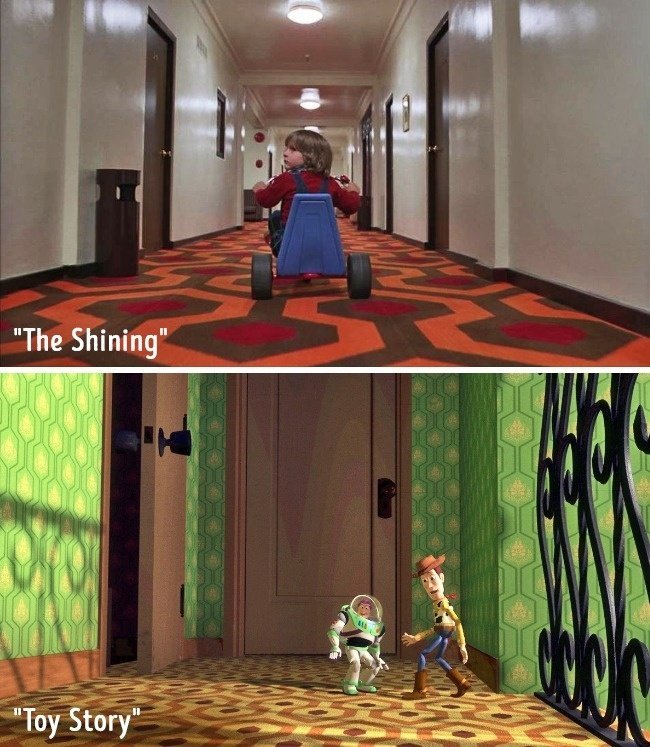 Sets and props are moved around and used and reused more often than not. Maybe many of you haven’t noticed but the carpet in-front of Sid’s room and in the movie Shinning is exactly the same. It’s the same hallway in which Jack Nicholson tries to kill his wife and son.

5. The Poster From The Silence Of The Lambs: 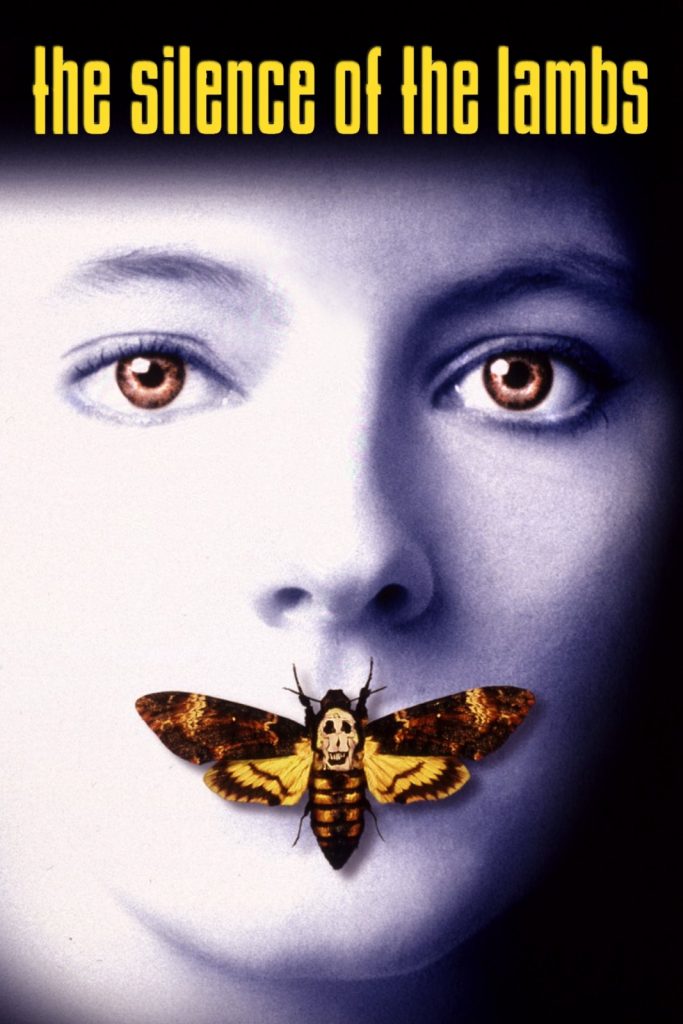 Everyone knows that the poster from the Silence of the Lambs has a butterfly with a skull on it, but not a lot of people know that the skull is actually made up of a few naked women!

4. Titanic And The Story Of Jack: 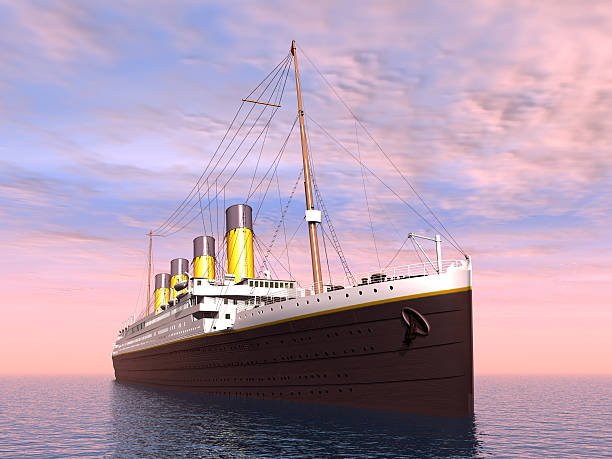 Titanic is one of our centuries most renowned love stories, featuring one of the last centuries greatest tragedies. Titanic has captured the hearts and imaginations of millions, and like many other it captured James Cameron’s attention as well. And despite the popular belief, the character of Jack is actually based on an actual survivor of the Titanic who, unlike Jack, was a first class passenger, but like him fell in love on the Titanic with an actress traveling along with him. 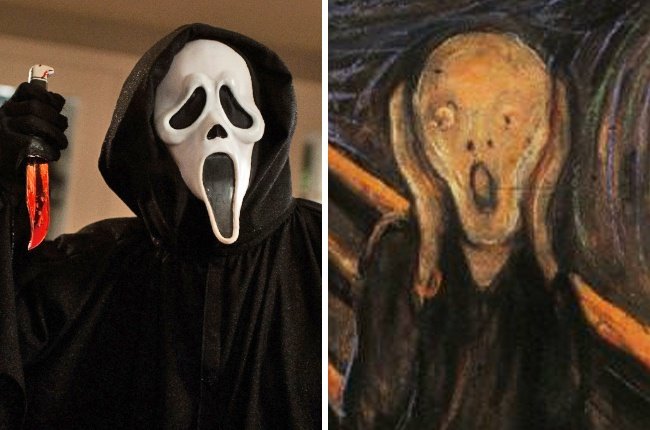 3. One Flew Over The Cuckoo’s Nest: 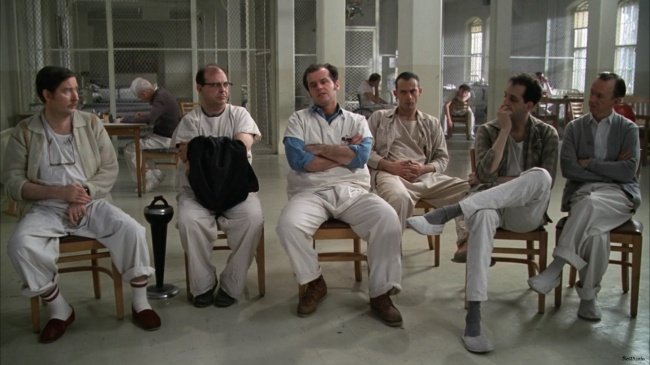 The movie shows the life of mental patients in greater details than most movies have over the past, and it was rumored that real mental patients were actually cast in to the movie for scenes. 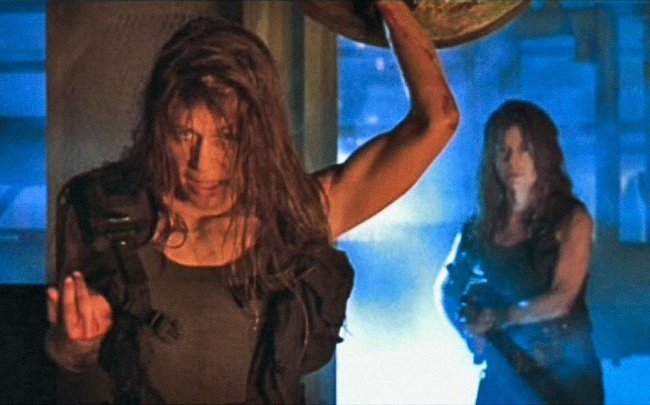 Sarah Conner was an amazing character in the Terminator series and was played masterfully by Linda Hamilton. But what if we tell you that Linda Hamilton wasn’t the only one playing Sarah Conner in movie. Well, as it turns out, Linda Hamilton, has a twin sister and during the filming several scenes required her assistance, for example the scene in which the T1000 takes on the shape of Sarah Conner, well that was played by her sister and so was another scene that required mirrors. 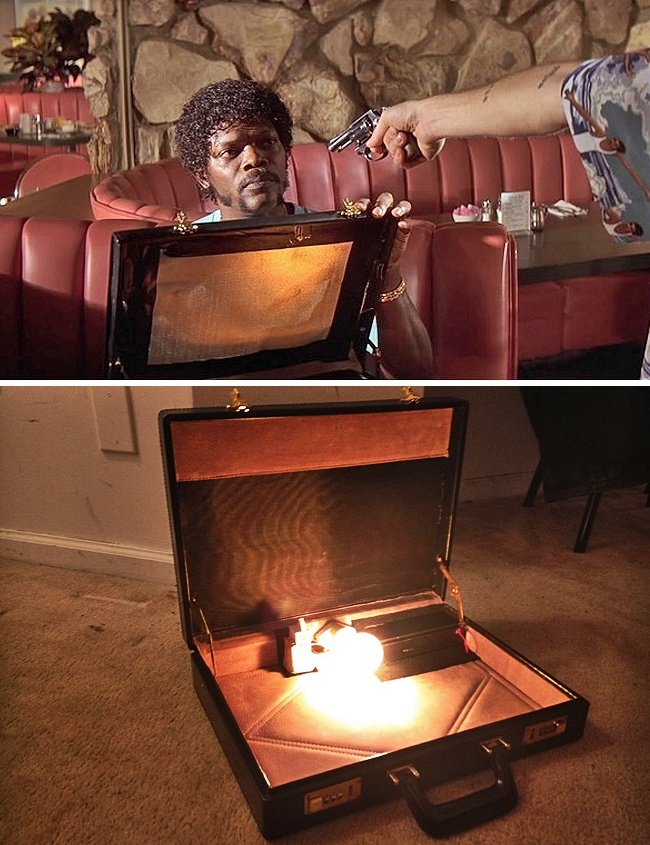 Pulp fiction is one of the most incredible crime movie made till this date, but what’s really probably bugged everyone who has seen the movie is, what really was in the briefcase? Well, it wasn’t the soul of Marsellus Wallace we can tell you that.

Liked this? Read this: 15 unfaltering pictures of Kylie Jenner